Now, more than ever, we owe a debt of thanks and appreciation to the veterans who have served our country, protecting and preserving our freedom.

The VA recently held a contest for artwork to depict the service, valor, sacrifice and mourning represented by the Tomb of the Unknown Soldier, which is celebrating a centennial this year.

Located at Arlington National Cemetery, the Tomb was initially dedicated by the Army on Armistice Day, November 11, 1921, with the burial of an unknown service member from World War I. Over the past century, additional unknowns have been buried at the Tomb, and the site has become a people’s memorial that inspires reflection on service, valor, sacrifice and mourning. This year’s Veterans Day poster competition asked artists to envision a design that evokes elements of the history, legacy, and meaning of the Tomb during its centennial anniversary. 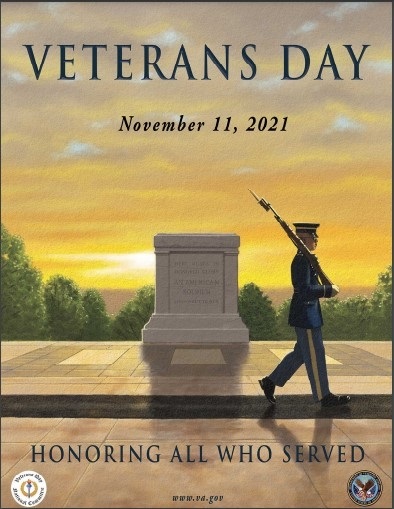