Dr. James Dobson, founder of "Focus on the Family" told a story about a group of educators who decided to remove the chain-link fences from around the school playgrounds. They believed the fences caused feelings of confinement and restraint. The curious thing they noticed, however, was that as soon as the fences were removed, the children huddled in the center of the playground to play. They no longer felt free to play near the outer limits of their playground.

Is it really just children though?  If you were driving across a long bridge that didn't have guardrails, would you drive in the outer lane or would you feel safer driving in the middle?  Even though guardrails aren't "used" as part of normal safe driving, we like the assurance they provide. 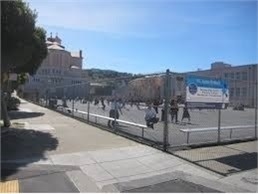 Just like fences and guardrails, people often like to know how much they can afford to spend in retirement.  There are 3 approaches that people generally follow:

1) Spend as little as possible from your retirement savings to preserve the "lump sum."  This is a "better safe than sorry" approach where people live off of Social Security, part-time work, or other sources of income so that they don't have to draw from their retirement savings.

2) Spend more in the earlier years of retirement (when you perceive that you will be healthiest and have more desire for recreation) and spend less after a decade or so.  This assumes that you will want to reduce spending later, doesn't account for excessive medical spending, and doesn't factor in the "hit" your accounts might take by excessive early withdrawals.

3) Spend a set percentage, hoping that you don't "outlive" your money.  The standard rule for this used to be 4% per year, but this may be too aggressive in a low interest rate environment.  You find yourself wondering if you will have to make a drastic correction or if you've chosen the right rate of withdrawal.

There is another way...

We don't believe in a cookie cutter approach and there could be times when any of these strategies would be appropriate.   However, there is another way to look at spending in retirement.  We would be happy to have a conversation with you about sustainable income if you are interested.

Please contact us if you want to have a conversation.  We can help you "drive in your lane" without fear of the future.